Guangzhou Automobile Group Co., Ltd. (GAC Group) is a Chinese state-owned automobile manufacturer headquartered in Guangzhou, Guangdong. Founded in 1954, it is currently the fifth largest automobile manufacturer in China, with 2.144 million sales in 2021. The company produces and sells vehicles under its own branding, such as Trumpchi, Aion, Hycan as well as under foreign-branded joint ventures such as GAC-Toyota, GAC-Honda, GAC-FCA (Jeep) and GAC-Mitsubishi. It also produces electric vehicles under some of the previously listed brandings, including dedicated EV brands such as Aion and Hycan. In 2021, it was the fourth largest Chinese plug-in electric vehicle manufacturer in the Chinese market, with 4% of market share. It sold 123,660 units of EVs in 2021, and over 20,000 units in March 2022, with plans to double EV production capacity to 400,000 a year by December 2022. It produces buses under the GAC Bus brand. GAC is currently known for its Honda-branded auto producing joint venture with this Japanese automaker, but the company has a total of five foreign partners—more than most Chinese automakers. These partnerships allow it to produce foreign-branded products for sale in China. These brands include: Fiat, Jeep, Honda, Mitsubishi, and Toyota. Other brand names associated with GAC are Everus, for consumer vehicles, and Hino. 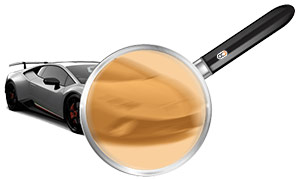